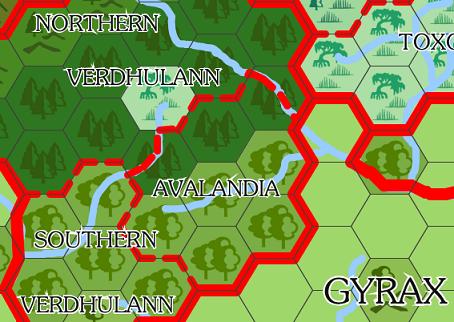 The High Elves, as the elves of Avalandia are known, are old and tired. Fewer are born every year, and more pass on into the Halls of the Dead or move on to the every decade. The first of the mortal races to arise, the elves were once the most powerful and potent race, but today they are deep into their twilight. The reflects this, for though there is great joy to be found there in meadow, copse, and field, there is also far more sorrow and weariness. One gets a sense of fading in the land and its peoples.

The only vibrancy remaining is in the half-elven population. Their strength is in their human blood, for it burns as strongly with ambition as that of any human, tempered with the long-term planning and ideals of their elven ancestors. If there is a future for Avalandia in the Olden Lands, it is among the half-elven kin of the founders. The patrols that guard the borders are all of half-elves, as is most of the standing militia, while trade is handled by the gnomes and most craftsmen are humans or halflings. Most full-blooded elves spend their days reveling or in reverie.

The elven city of is the oldest non-ruined city in the Olden Lands, founded more than 30,000 years ago after Moerdreth was chained. It is thus the least elven of all elf settlements, as elven architectural styles have changed drastically over the last 30 millennia, but in their capital they maintain the original styles. Here the elves build in stone, marble and lavender jade, with crystal domes and tall fluted columns. Many of the ancient buildings lay ruined, covered with vines, flowers, and trees, monuments to lost elven glory.
Posted by James Mishler at 5:32 PM

Email ThisBlogThis!Share to TwitterShare to FacebookShare to Pinterest
Labels: A to Z of Olden Lands, Avalandia, Gazetteer of the Olden Lands, Olden Lands, Previews