T is for Thundigoth Isle 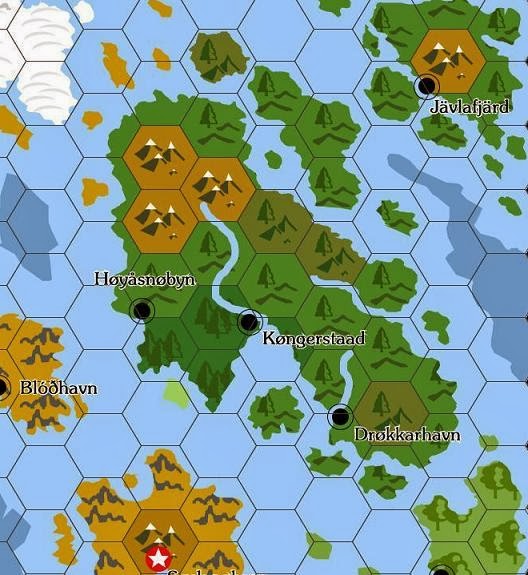 When settlers from the Storm Isles first arrived on Thundigoth, they found a patchwork of savage goblins and primitive troldfolk, barbaric tribes of men and ancient mysterious ruins peopled by strange, decadent semi-human races. Unlike those encountered by their ancestors on the Storm Isles, the decadent peoples of the ruined cities still had some power, and thus rather than being extirpated were, over time, assimilated, as were the tribesmen. Thus, the three major kingdoms, nine minor kingdoms, and scores of petty kingdoms of the isle all clam descent from a mix of , locals peoples, and even goblins and troldfolk.

The Gotha who settled Thundigoth were mostly independent-minded younger sons of younger sons of nobles, heterodoxical priests, and poor warriors, all who sought freedom from the growing caste and class systems of the Storm Isles. The civilization that they founded and their descendants have maintained is thus far more chaotic and socially mobile than that of Storm Isle or the continental peoples. A man with mighty thews and a strong sword can rise from the least warrior to the greatest king; and just as easily be cast down by the next great warrior.

That said, the three major kingdoms remain fairly steady and strong, due not to the swords of their kings but to the might of their sorcerers. For each is founded amidst the ruins of an ancient forbear kingdom, the peoples of which were steeped in ancient sorceries, the descendants of whom maintain some small vestige of magical might, and ever seek after more.. Each kingdom also commands, through magic, the loyalty of fierce steeds, ridden by their greatest warriors: dragonnels ( ), griffons (Grandhill), and pegasi ().
Posted by James Mishler at 5:06 PM