For today’s Wondrous Wednesday entry, I am providing three of the many interesting magical and wondrous locations found in the Olden Lands: 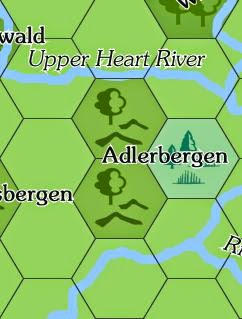 This hill is found in the Adlerbergen in eastern Gyrax, upon the shoulders of the Wunderspitze, or , at the southeastern verge of the . One of many storied and legendary locations in that region, the Devil’s Leap is a tall conical hill; it is barren, a boil amidst the green pastures of the high vales, and though well below the snow line, it is still always chilly upon the hill, even in deepest summer.

At the peak of the hill is a pentagonal cracked black stone, the size of a large altar and just large enough for one person to stand upon easily. If one does so normally, it affords a lovely view of the surrounding region. If one does so during the Witching Hour (3 am to 4 am), one can magically leap from the altar to any other point in the World Above. Legends say that one must call upon the King of Hell to do so, but in fact, no such invocation is necessary. One merely needs to visualize the destination, even if he has never been there, and leap from the altar. If the location is merely a fable or a false rumor, the leaper ends up in the place that most resembles that location.

The leap is automatic, but not instantaneous. One flies through the air at 666 miles per hour. The trip can thus be quite long and cold, with the only companions being the stars and perhaps the moon. While the leap is automatic, the landing is where the difficulty lies. At the landing, the leaper must make a saving throw versus Magic; if the save succeeds, the leaper successfully lands unharmed. If the leaper fails his saving throw, he suffers 1d6 points of damage per point by which he failed the saving throw.

Use of the Devil’s Leap is considered a Chaotic act, and permanently stains the soul, as it is an aspect of the Underworld, an extrusion of Chaos into the World Above. 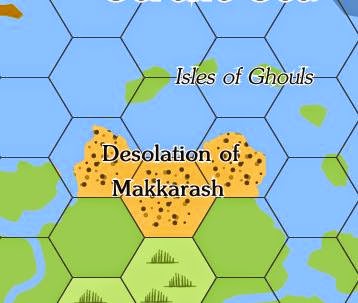 Upon the southern shores of the Serene Sea, between the Titan’s Gulf and the Eoshan Deep, along the northern shore of Kryx there stands the Desolation of Makkarash, a terrible wasteland of rock and sand, accursed of old by the Titans themselves. At the heart of the wastes and along the shoreline of those fearsome waters, within sight of the Isles of Ghouls, is the ruined city of . A place of strange towers, worn black temples, ramps to nowhere, and non-Euclidean structures, one of the most prominent ruins is an ancient temple complex.

At the heart of this complex, deep beneath the earth, lies the Pit of Ghouls, said to connect to all the tunnels of all the ghouls everywhere they may dig in the Underworld. And of course, even hedge wizards know that ghouls have access to every crypt, necropolis, and catacomb ever dug by man, and have even found their way to every corner of the Numberless Hells. Thus, this site is a true nexus point of the Underworld, from which virtually any other location in the Underworld can be accessed. 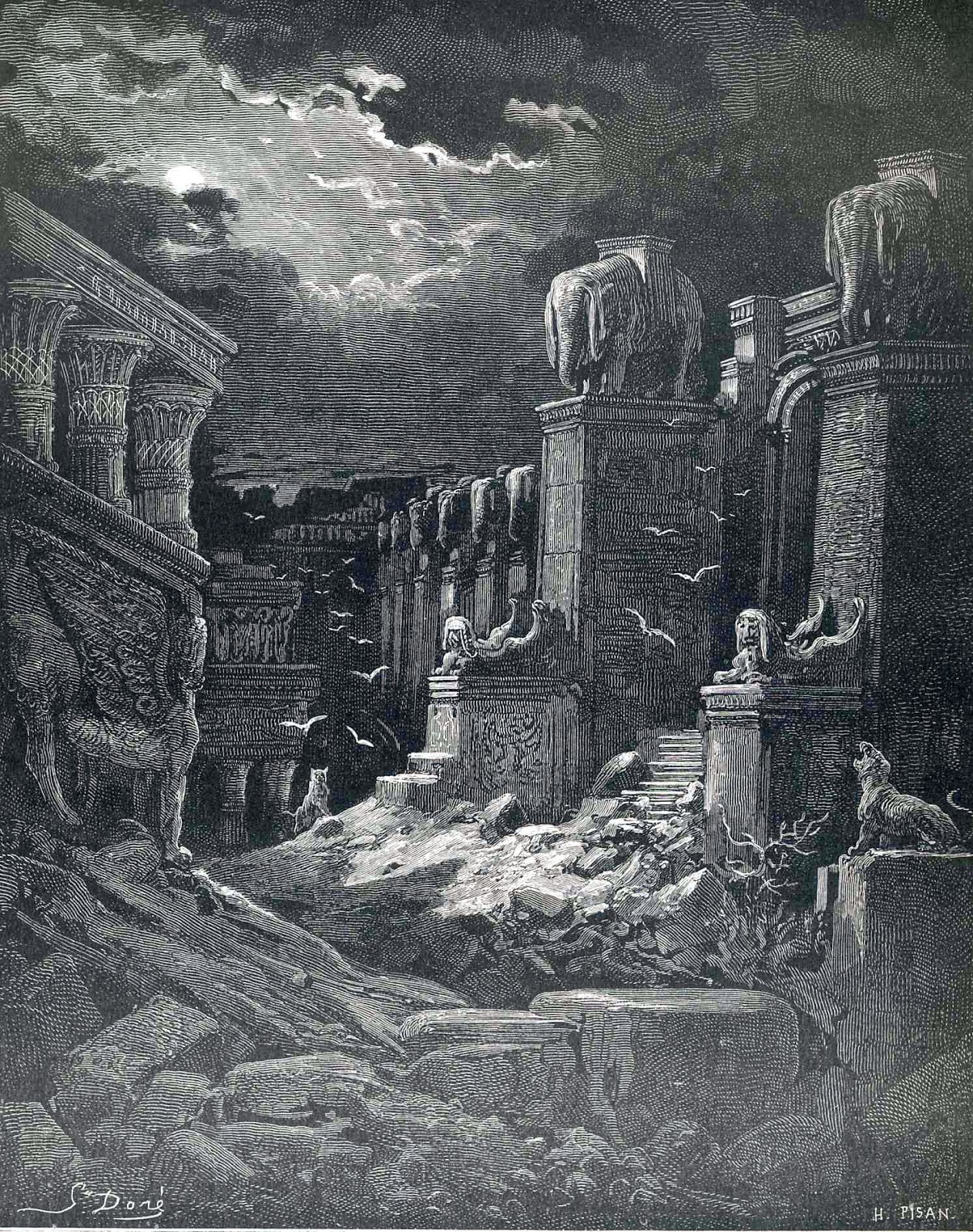 Of course, that access would come with a steep price, for the Pit is, after all, the heart of ghoul activities in the Olden Lands. The nearer caverns are a virtual ghoul metropolis, where the flesh of the dead is sold in bazaars side by side with the living flesh of slaves; such is often the end of those captured from the World Above by other races of the Underworld, sold on down the line from slaver to slaver, to end up on the block only to be added to the larder of the ghouls, fleshed up only to be slaughtered and buried for proper fermentation…

But too, other things, lost things found and things better lost, can be found for sale in the lich-light glow of the lamps of the markets of the ghouls. Here necromancers and sorcerers abound; dark-order witches congregate and revel; and the other denizens of the Underworld feast and fete, trade and talk, for the Pit of the Ghouls is neutral ground, held sacrosanct by all, for the penalties exacted by the ghouls for breaking their peace are unspeakable.

THRONE OF THUNDER
Deep in the heart of the of eastern Elysion, in a vast bowl formed by the tallest mountains of the range, stands a vast, crumbled ruin. Here it is said that long ere the Elysians arrived out of the , the Storm Giants possessed a great kingdom, with the ruins being their great capital city. At the heart of the ruins, high atop a central peak at the heart of the bowl is a huge throne made of shimmering blue stone. 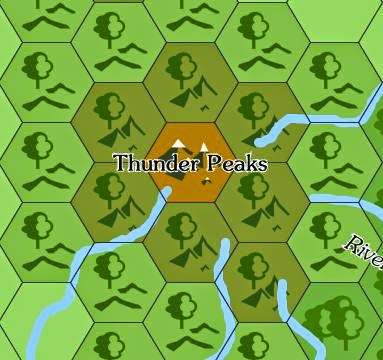 Long ages of rain and weather have beaten the stone down, but even today, countless millennia after the last of the Giant Kings sat upon it, it still possesses a magnificence beyond that of any mortal throne. Standing a total of 36 feet tall, the blue stone shimmers with power; a distinct smell of ozone permeates the air, which crackles and pops randomly. Those who stand within 100 feet of the throne feel distinctly uncomfortable; those wearing metal armor must make saving throws against Magic every round or suffer 1d6 points of damage from small arcs of lightning that strike from the throne.

Any intelligent mortal being that clambers up the throne and sits upon it must make a saving throw versus Magic or suffer 6d6 points of lightning damage; those who save suffer only half damage. The save only ever need be made once, as thereafter the throne has taken its price. After the initial round of shock, the one sitting upon the throne can call upon the throne’s powers:


Every time the user masters a new rune or learns a new lightning-based spell there is a chance that he is polymorphed into a storm giant. The chance is 1% per level of spell learned and 1d3% per rune learned, cumulative over time. There is no saving throw against this effect; however, the new storm giant must make a saving throw against Magic or go insane, homicidally and maniacally so, being transformed into a being of pure rage and hatred. In the case of a player-character who makes his save, the character is retired and turned over to the Judge for use as an NPC.