Isle of Eldisor: A Realm of Crawling Chaos

The Isle of Eldisor comes across in most ways as an Epic High Fantasy campaign setting, but, in truth, it has more than a dash of Lovecraftian Cosmic Horror lurking beneath the surface. Literally – beneath the surface of the land and sea. 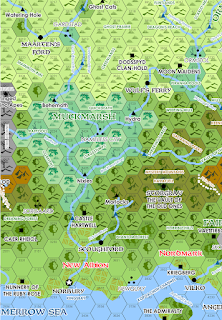 Thus, if you are running an Eldisor campaign you should check out Goblinoid Games’ Realms of Crawling Chaos, a guide to using Lovecraftian elements in your Labyrinth Lord or OSR RPG campaigns. 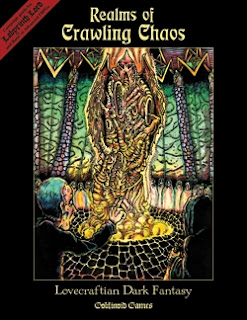 If you are running Eldisor using 5E, then I would suggest checking out Sandy Petersen's Cthulhu Mythos for 5E. It is an amazing, in-depth, and novel treatment of the Mythos for use with 5E by a past-master of the Mythos Horror RPG genre. 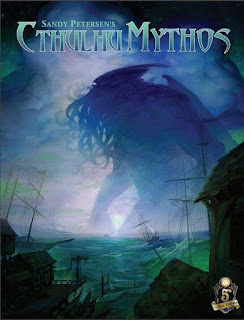 First and most prominently, of course, are the Morlocks, which are not Lovecraftian per se, being an invention of H. G. Wells, though even then they have more than a touch of body horror and cosmic horror about them. In Eldisor, they are a full-blown Lovecraftian fusion, as they worship the Old Ones, notably Abhoth, Atlach-Nacha, and Tsathoggua. They are the bogeymen who haunt the nightmares of the Tribesmen and the colonists. Orcs and goblins are monstrous, but Morlocks? These are monsters that are supposedly men… 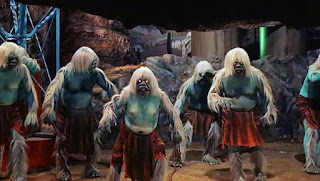 Then there are the Cavemen, which would on the surface seem to be normal, everyday Neanderthals. However, many of the Cavemen clans are corrupted by Chaos, and for all intents and purposes these should be treated as Voormis… Dreadful Secret: true Voormis are found on Eldisor, in the Northlands. More on that some other time… But if you want to give a corrupted clan a bit of a boost, check out the options available via various Mythos magics and abilities. The Subhuman race from Crawling Chaos is a possible player character race for extended OSR Eldisor campaigns. 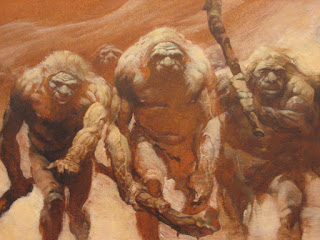 Then there are those that dwell beneath the surface of the deep waters… the Deep Ones. These monstrous fish-folk are ever at their age-old schemes to try to take over the surface world for the greater glory of Cthulhu, Father Dagon, and Mother Hydra. Fortunately, they are mostly limited to the waters and coasts of the Twilight Ocean, though they continually seek to make inroads into the waters and coasts of the Merrow Sea. There are minor hamlets of Sea-Bloods scattered across both coasts, with all the dangers and potential treasures they offer. The Sea-Blood race from Crawling Chaos is a possible player character race for extended OSR Eldisor campaigns.
Note: For the Deep Ones, if you do not have a proper source for their game stats, you can use Sahuagin in their place, or if using official 5E, you can use Kuo-Toa. 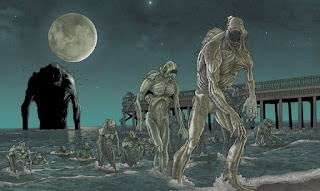 There are other Mythos elements at work in Eldisor. Humans are hardly the only ones corruptible by the Old Ones and their minions. Giants, dragons, trolls, ogres, orcs, and goblins can all be corrupted by True Chaos. Such creatures should possess strange, unusual, and terrifying powers. If using Realms of Crawling Chaos, Sandy Petersen's Cthulhu Mythos for 5E, or another Mythos source, you should also feel free to add in more proper Mythos creatures, though do so lightly, if you wish to maintain the High Fantasy veneer on the setting.
And then there are the Cults, which bring corruption on a societal as well as individual basis. Rare among the Continentals, these cults are de rigueur among the Morlocks, far too common among the Cavemen, Gray Folk, and Trolls, and only moderately less so among the Tribesmen and Kruski. Such cults often disguise themselves as cults of the King of Hell, much as the cults of the King of Hell disguise themselves as the cults of other gods. Only at the last are they revealed to be far more than a mere Hell-bound cult, providing the players a glimpse into the cosmic horror of the Realms of Crawling Chaos…
Posted by James Mishler at 3:56 PM